Thanksgiving approaches, but there's plenty to do in LFK for those who aren't trekking to parts unknown.

Alongside our more traditional selections, we also recommend that you watch a landmark crumble, be a brave pilgrim and attend the first-ever Franksgiving celebration at Leeway Franks, and opt for Culinaria's Korean feast instead of boring old leftovers on Friday. 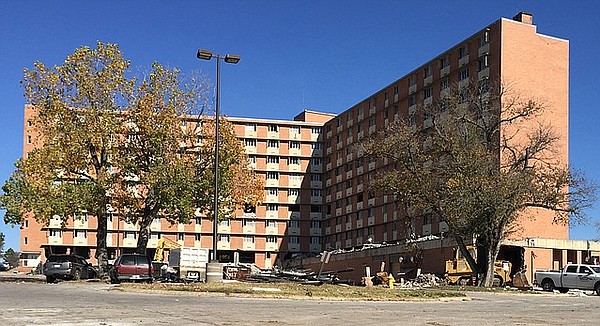 OK, this is a bit of an oddball choice to kick off this week's cultural picks. However, we know quite well that numerous long-time Lawrencians are anticipating this 18-second event with the fervor of children waiting for Christmas morning.

KU's largest dorm opened in 1965, so it's biting the dust on its 50th anniversary. This is the kind of event that's bound to attract plenty of gawkers, though we're hesitant to advise on the best viewing locations. When plotting your spot, remember that many nearby streets, including parts of Iowa, will be temporarily closed prior to and following the implosion. Less ambitious voyeurs can watch the implosion streaming online at LJWorld.com.

In the meantime, consult this LJ-World story for all the technical details on the implosion and a full list of street closings for responsible citizens who need to get to work and don't have time to stand around waiting for buildings to implode. The KU Housing website is collecting great student memories from McCollum's long history, which is worth a look to learn about various pranks and "panty raids."

Don't want to cook on Thanksgiving and tired of the more traditional options in town? Then reserve your Thanksgiving afternoon and evening for the first-annual celebration of what's likely to become a long-running LFK tradition: Franksgiving.

What exactly happens at Franksgiving? Well, we're not sure. But we're hoping it's something along the lines of "festivus," but perhaps with less "grievances." Maybe participants can offer Franksgiving blessings for all this town's odder elements. For instance, we're perpetually thankful for unusual true-crime tales such as that of Jimboy getting stuck in the Munchers Bakery ceiling, just across the way from Leeway.

What we do know is this: Leeway will be "serving some delicious crispy bird, stuffing, sides, sausage [obviously!] drinks & [board]games starting at 3 PM." Visit Leeway's Facebook page for info and updates. 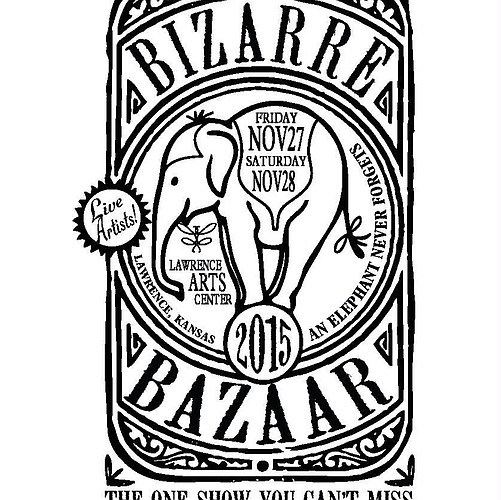 We're not fans of the Black Friday mayhem of Christmas shopping and shoving but, if you MUST participate, why not keep it local and buy strange things at the Bizarre Bazaar (or BizBaz, as it is affectionately termed by long-time attendees).

The long-running post-Thanksgiving art/music event has (wisely) expanded to Friday night in recent years to capitalize on crowds already downtown for Final Friday and the annual Santa rescue/lighting ceremony at Weaver's. Expect big crowds both days as usual. Hours are 5-9 p.m. Friday and 9 a.m.-5 p.m. Saturday. 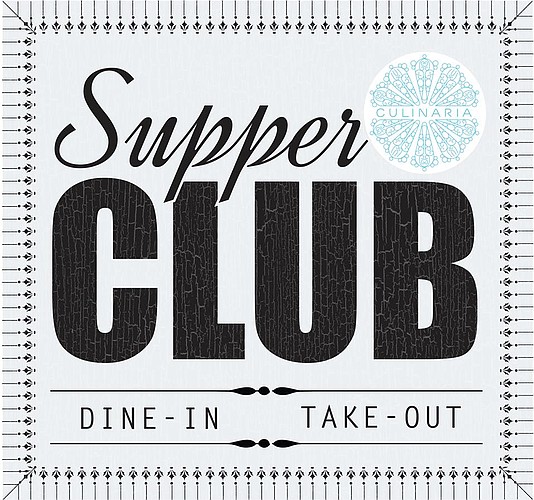 Our foodie friends have been buzzing about Culinaria's food and wine events, so consider Friday's "Supper Club Korea" as an intriguing alternative to the cheap wine and crackers on hand at your usual Final Friday gallery stops.

The event costs $35 per person (not including booze) but the menu looks like a great opportunity to impress a date by pretending you know how to pronounce such items as Dakgangjeong (crispy fried chicken) and Kimchi Bokkeumbap (kimchi fried rice).

Check out the full menu and RSVP here. 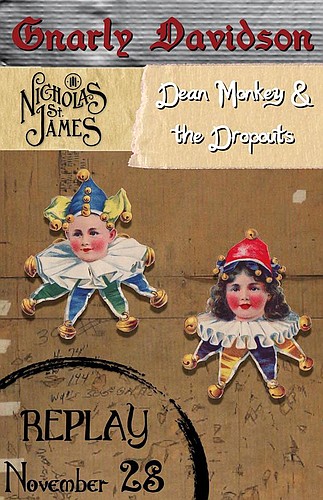 It's Saturday night after Thanksgiving and even the stragglers are straggling back to town at this point, full of leftovers and sick of relatives. There's really nothing left to do with your weekend at this point but listen to some loud music, and this blast of dynamic performers should do the trick. So kick back and soak up the "beer-rock" fury of Gnarly Davidson and the powerful yelp of Nicholas St. James and the raunchy doo-wop of Dean Monkey.

Despite the holiday ornaments on the flier, we don't expect a lot of Christmas cheer at this event, unless it's some kind of prank from these tricksters. We did see Dean Monkey and gang dressed as the Nativity scene one time, after all. The Facebook event page is here.

Wasn't Bizarre Bazaar the name of Bob Burdella's flea market stand?
You know Bob, right? He'd pick you up at the bus station and give a place to stay.
Even kept fresh veggies on hand.